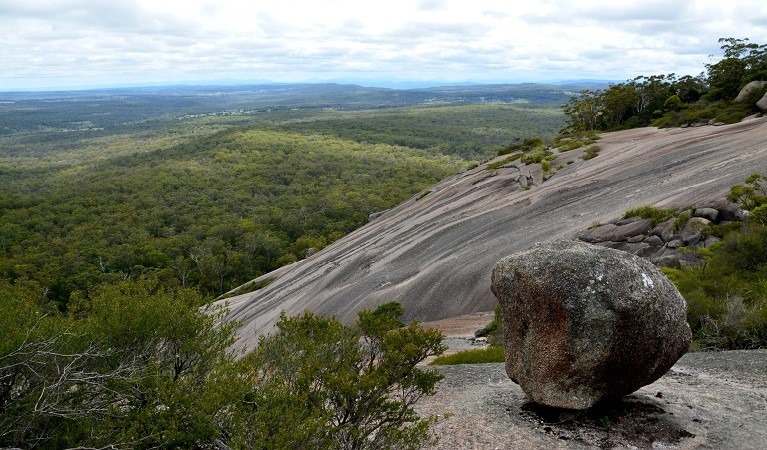 Bald Rock National Park encompassed an area of 8,046 hectares and is located 29 km north-east of Tenterfield.  To the west the Park borders Girraween National Park in Queensland (11,399 hectares) and adjoins private grazing lands in the south and north east. Both Parks are of regional conservation significance as they provide protection for the most diverse range of plant and animal communities found in the granite belt. The Rapid Fauna Assessment (RFA) technique has been designed as an effective and rapid means of; a) undertaking a species census, 2) identifying significant species and 3) determining the fauna conservation values and associated management considerations. Subsequently, an RFA was required to be undertaken within Bald Rock National Park to assist with the implementation of Bald Rock and Boonoo Boonoo Management Plan.

Ecobalance was engaged by NSW Parks and Wildlife to:

The main conservation values identified from undertaking the RFA are summarised as follows: