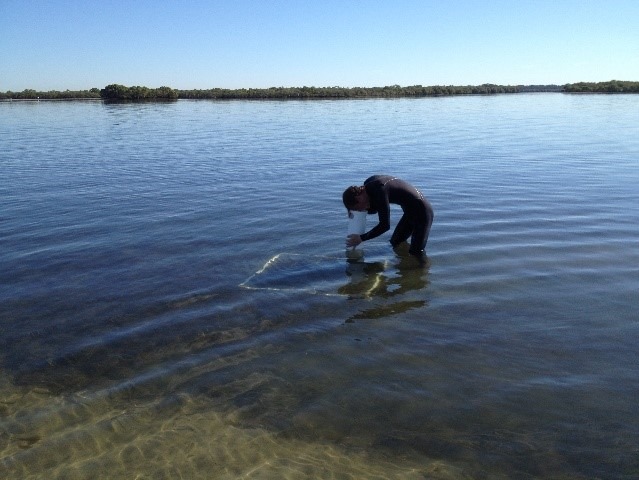 Gold Coast City Council (GCCC) requested a study of seagrass health and abundance within Currumbin Creek, Tallebudgera Creek, Nerang River, Pimpama River and Coomera River. GCCC Coastal Ecological Inventory Section 4 – Further Studies and Monitoring Needs, identified that more detailed coastal habitat mapping and biodiversity value assessments, that represent longer term research priorities, are required. The Coastal Ecological Inventory specifically highlights: a) that there is seagrass habitat within the study area that has not been previously mapped; and b) that previous seagrass mapping has been undertaken at a spatial resolution size that is unable to be used in fine scale habitat assessments.

Ecobalance was engaged to undertake detailed spatial mapping and characterisation of seagrass habitats within the Currumbin Creek, Tallebudgera Creek, Nerang River, Pimpama River and Coomera River systems. Previous mapping of Gold Coast seagrass distribution has typically been undertaken using ground-truthed aerial photography. However, the relationship between physical structure and the resilience and function of seagrass ecosystems is not completely understood. This project focused on the collection of baseline data for seagrass communities.

The mapping component of the study was assessed using Nearmaps as it allowed more accurate identification of smaller seagrass patches with patches >6 m2 (2 m by 3 m) mapped. The seagrass mapping and field assessments within the study area revealed large variation in seagrass patch extent, cover, condition and distribution of species. A total of 229 seagrass patches were identified within the estuaries.

The total patch extent of seagrass patches within the estuaries was found to be approximately 51.9 ha. The Coomera River had the highest patch extent with 30.2 ha, followed by the Pimpama River with 16.6 ha, the Nerang River had 3.3 ha, the Currumbin Creek had 0.8 ha and the Tallebudgera Creek had 1 ha. The field component also included surveys of each mapped seagrass patch, assessing seagrass species composition and quantifying cover and condition. This provided baseline information on seagrass health within each estuary from which an ongoing monitoring program will be established.